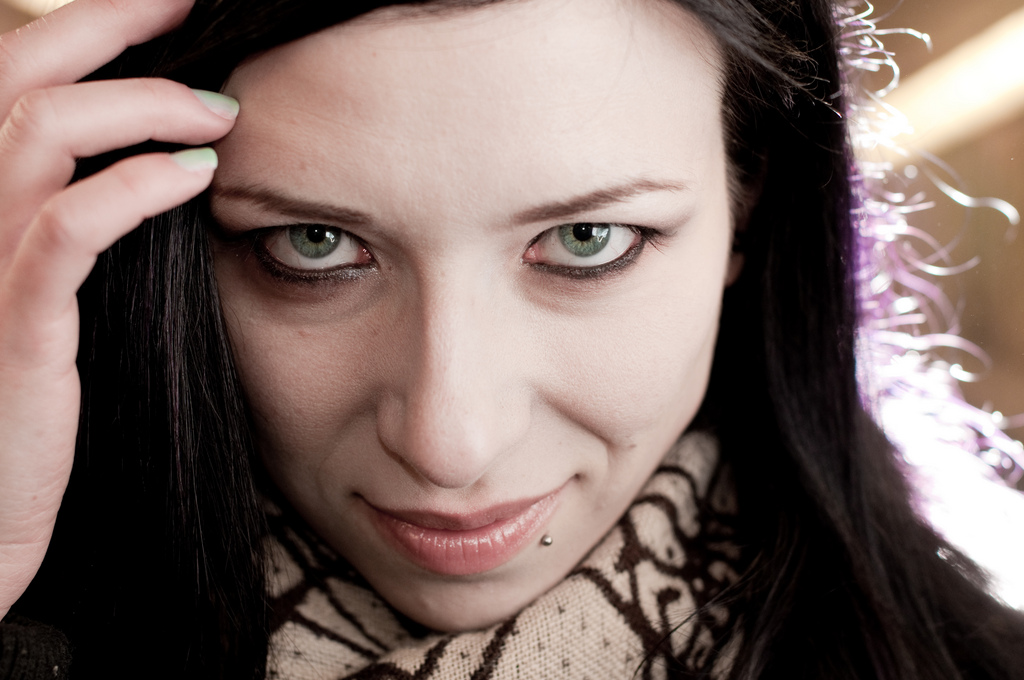 I really just wanted to post my opinion of the movie Venom, which is that I wasted nearly 2 hours of my life on it…it sucked.

But I’m really good at getting off topic…

While searching Flickr (where I usually get my commercial use images that have Creative Commons licensing), I found this photo. I searched for the word “venom” so not sure why I got this picture, but I liked her eyes. Then as I looked at the photo, I noticed she had some tags that related to the Suicide Girls…turns out Gufina is one. It doesn’t matter what I say about Suicide Girls here, it will sound creepy and gross, but the simple fact is I love the whole concept and beautiful alt-models will always be a favorite of mine (see what I mean?…totally weird and creepy when I read it out loud).

P.S. I actually thought Tom Hardy was good in the movie, it was just the movie itself that sucked. Although for some reason, I always want to call him Ed Hardy, which makes it all a bit confusing.

« Intent/Intense.
Of Bombs and Men. »